Cold calls are the ugly Christmas sweaters of the sales world: no one likes to receive them and only rare, uniquely talented individuals seem to enjoy making them.

Why are cold calls so often maligned and unappreciated? The biggest reason is that a cold call is almost always an interruption or unwanted surprise, and prospects have honed their defense mechanisms to be resistant to these unsolicited sales pitches that arise when least expected. 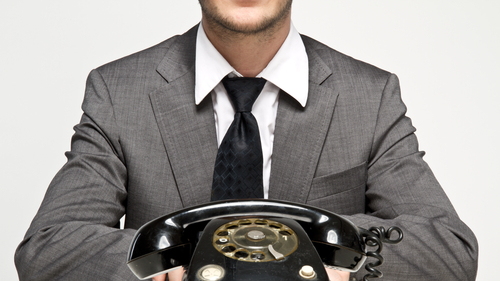 Like any business people, prospects have many things on their minds and this creates a challenge when trying to conduct a round of appointment setting cold calls because any cold call – no matter how potentially valuable it could be to your prospect’s business – is often seen as interrupting them from more urgent or seemingly important matters.

Making matters worse, if the prospect doesn’t know you and doesn’t know what you’re selling, they are often suspicious of your motives and are immediately bracing themselves for a “hard sell” sales pitch. This innate resistance can make it hard to even get through the first level of appointment setting.

What makes a cold call so “cold” is the impersonal nature of most sales cold calls; the prospect has too many unknowns and question marks in their mind while talking to you. The prospect is trying to decide, “Can I trust this person? Is he/she wasting my time? This salesperson is talking about appointment setting; is this going to help my business or just take up valuable space on my calendar?”

As a salesperson, how can you take the chill off of your next round of appointment setting cold calls?

Cold calls are underappreciated and often avoided, just like those ugly Christmas sweaters. And yet, without the daily effort of appointment setters and making cold calls, the economy would grind to a halt. Every cold call leads to your next successful appointment set, your next productive conversation with a prospect, and your next successful sale. Everything our companies achieve is made possible because some dedicated salesperson “made the call.”