Why Lead Generation Programs Self Destruct?

To be frank, lead generation programs self-destruct because of unrealistic goals.

Despite what over-pressured sales and lead generation teams might think, this isn’t a malicious effort on management’s part. Management, after all, wants their teams to succeed, because successful prospecting leads to more sales, which leads to increased profits. But the fact remains that sales performance, even under the best-case scenario, is often a factor of a few critical and often misunderstood metrics that are in play in almost every sales department. 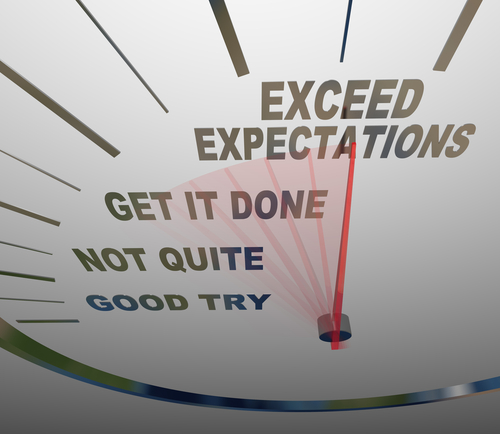 Why? Because cycle time for cold call leads, inbound leads and referrals are often rolled into a single metric and served up as a benchmark to the sales team. This average is often way off the mark.

A cold call lead can often take twice the amount of time to close as this benchmark, and inbound leads or referrals often take less. But, since cold-call leads usually outnumber the others, more than 50% of your leads (and sometimes more than 75%) drastically miss your mark. Because of this, it is not uncommon for lead generation programs to be pronounced dead just as a client’s pipeline is securely filled and opportunities are advancing.  The artificially short sales cycle projection makes a perfectly healthy lead seem to be leading nowhere.

There is a real danger in counting up closed deals (ignoring what’s in the pipeline) and shutting down a program too early. So how can this self-destructive syndrome be prevented? Begin using a sales forecast for cold-call leads that are advancing in your sales cycle. Keep your referrals and inbound leads separate from this process, measuring each independently. It’s a good idea to recognize key stages of your sales process and track the projected sales to be generated and the length of time each opportunity is taking to close.

In the beginning, go through your cold-call program with the intent of learning what the sales cycle is for these sorts of prospects. Generating the data regarding your sales cycle is as important as generating sales at this stage. Once you have a generous amount of data, establish benchmarks for the length of your cold call sales cycle. Map out each stage of the cycle so that your lead generation team and your sales force have realistic expectations of the process. Once you have set the benchmarks, then you can set goals for improving upon them…and will see much better results than if you were using an average benchmark and having your team beat itself up because it can’t meet its targets, much less beat them.

But when you establish this process with your sales team, the importance of making informed decisions with actual data from your own sales pipeline becomes clear. Your sales force actually has a chance to see results that match their projections. Once they see it’s possible, then they will see more ambitious goals as achievable. With the use of incentives and team-based competition, your teams will start to shave time off of the sales cycle, boosting profits and morale at the same time.