How “Not Interested” prospects can help your lead generation program 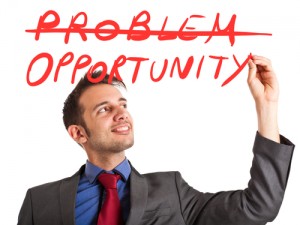 Stop treating lead generation “not interested” as a roadblock in your sales lead script.

Most sales people deal with not interested prospects in two ways. The first assumes that the prospects objection may be just a “brush off” and if countered with a strong arm tactic the prospect will back down and continue the conversation. The problem with this strategy if successful is that you have just “trapped” a not interested prospect in your lead generation process. The other accepts the statement at face value, assuming that it isn’t worth the time it takes to convert the “not interested,” when he or she could just as easily find one or two interested prospects in that same amount of time.  Both are so focused on the result of making a sale, that they overlook the benefit “not interested” can have on future lead generation.

When a prospect says “not interested,” your first response should not be “but we really can help you [whatever]…”but” I will make a note in our files that you are not interested may I ask why??”  The prospect will give you a response. If you have a counter to that response, make it quickly, but unobtrusively, and wait for another response. If you had an effective response ready, then you will move on to the next step of the process. But if you didn’t have one, make it a point to do the necessary research and develop one so you’ll be ready the next time you face that sales objection. The good news about using this process is that not interested responses if captured in this manner can be statistically trended. This allows you to better understand what objections you are getting most often. You can then bring some science to your cold calling process.

Stop treating “not interested” as a roadblock in your script, and look at it as the detour it is. Over time, it will help you uncover and prepare for a wider range of objections than you ever realized your prospects might have.